While Iowa is most recognized for corn and pork production, Hawkeyes, and the Iowa State Fair, the state’s first capital, Iowa City, offers so much more. Museums, sports, history, and performing arts make up the culture of Iowa City. ParkMobile just launched city-wide in Iowa City, and we’re giving residents and visitors alike the low-down on the “Athens of the Midwest.”

The History of Iowa City, Iowa

As the first state capital of Iowa, Iowa City was founded in 1839. Home to the University of Iowa, Iowa City is one of the state’s top five largest cities. The Iowa River, a tributary of the Mississippi River, runs through the city. In 1857, the capital was moved to Des Moines, which is more centrally located than the eastern city of Iowa City. 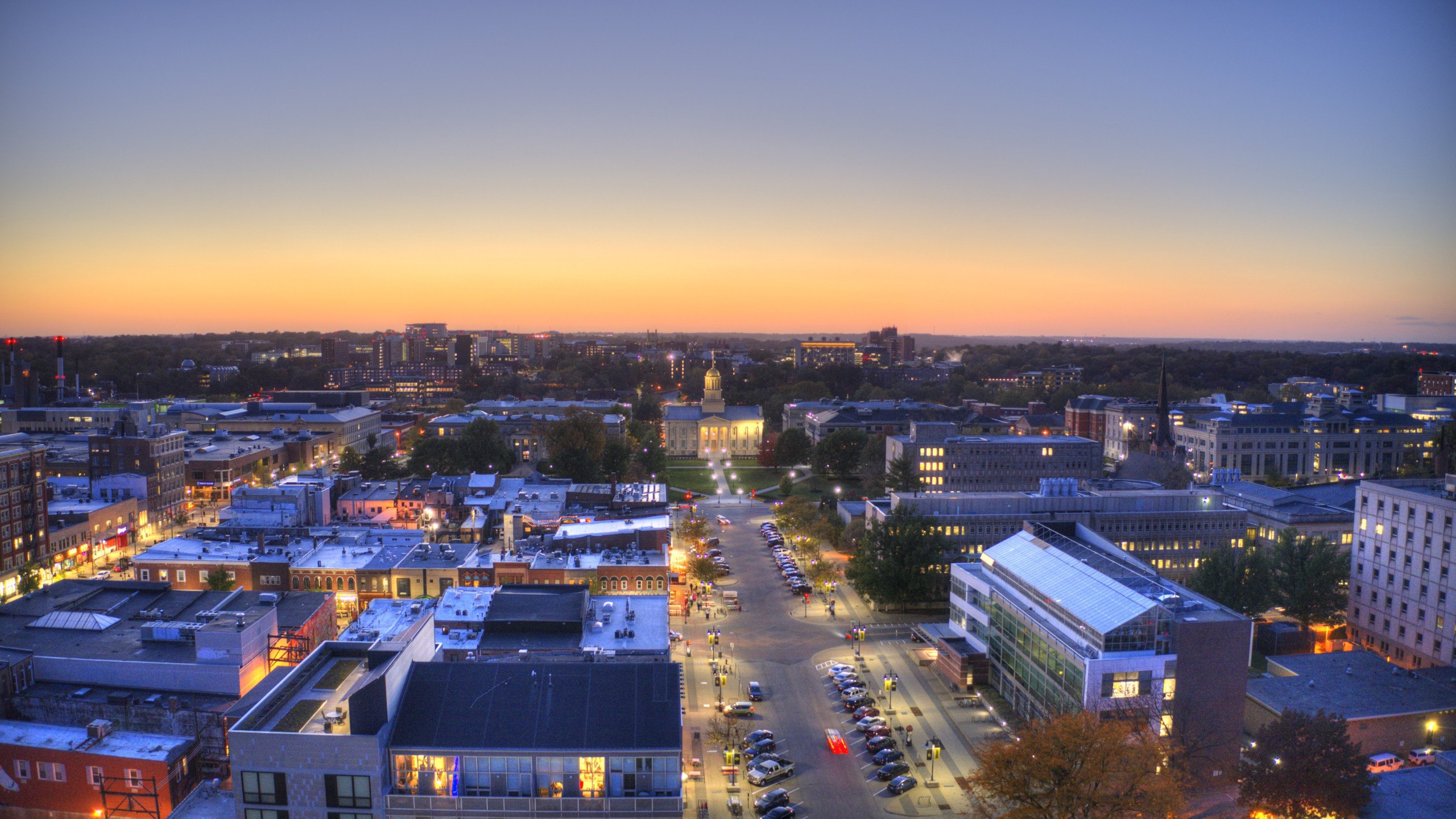 During this time of year, the most popular campus activity is attending a University of Iowa Hawkeyes football game. As part of the Big Ten Conference, students and fans spend Saturdays cheering on the Hawkeyes at Kinnick Stadium. U of I and Kinnick Stadium is home to one of the best and most heartfelt traditions in college football: the University of Iowa Wave. The stadium is located right next to the university hospital so when the first quarter ends, all attendees turn around and wave to the pediatric patients and their families in the hospital, many of whom are also watching the game.

Students, faculty, and visitors to the University of Iowa can easily pay for parking on campus through the ParkMobile app. With almost all on-campus parking made digital, the university partnered with ParkMobile to provide users a more seamless parking experience. The parking app is available at over 1,000 off-street parking spaces on campus.

Iowa City is home to a large art scene, full of festivals, museums, music venues, and programs. The university offers the country’s oldest creative writing program, and the city was named UNESCO’s City of Literature in 2008. Locals put together both Jazz Fest and Arts Fest every year, and the historic Englert Theater, Hancher Auditorium, and the FilmScene movie theater all over opportunities for performances.

The University of Iowa Stanley Museum of Art is a free art museum on the university’s campus. The museum welcomes all guests, whether you’re visiting solo or interested in a tour of the collections and exhibits.

Founded in 1858, The University of Iowa Museum of Natural History is the oldest museum in the United States west of the Mississippi River. The museum is free to the public and houses over 140,000 specimens, objects, and artifacts from research expeditions. There are 10 collections on display, including archeology and ethnography, mammalogy, ornithology, entomology, ice age research, archives, and more. The museum offers year-round educational programming, internship, and community events.

This Iowa landmark is the sister museum of the University of Iowa Museum of Natural History and dates to the early 1840s when Iowa City was the state’s capital. From 1839 to 1857, the Old Capitol Museum was home to the Iowa government and is where the first governor was inaugurated, the State University of Iowa was founded, and where Iowa became a state in the Union. Once the state capital was moved to Des Moines, the building housed the university and The Iowa Law School before undergoing renovations and being restored as a historic monument.

After smoke and water damage as the result of a fire destroyed much of the Old Capitol Building in November 2001, the landmark went through 4.5 years of repairs and renovations. It reopened to the public in May 2006.

The historic landmark sits on the University of Iowa’s campus in the same place it was built 183 years ago. As a distinguished building for Iowa and the United States, the Old Capitol Museum hosts self-guided tours and rotating exhibitions. Some of the most noteworthy rooms include the Supreme Court Chamber, First Floor Rotunda, Senate Chamber, and House Chamber. The museum spaces can also be reserved for special events.

Iowa City’s Downtown District is a retail, culinary, culture, art, and entertainment destination. The district aims to be a hub connecting all Iowa city neighborhoods through regular events and some of the state’s top dining and shopping destinations. ParkMobile is available at all downtown street meters.

Devonian Fossil Gorge, a 375-million-year-old ocean floor was originally found during the state’s Floods of 1993. 15 years later, it was exposed again during the Floods of 2008. Since 1993, the scenic spot has welcomed millions of visitors to explore ancient archeology. Iowa’s deep geologic past can be seen here as the exposed rock allows visitors to see the history of the United States firsthand.

Vintage car-obsessed guests will love the Antique Car Museum of Iowa. The museum exhibits over eighty cars produced from 1899-1965. The nonprofit is committed to preserving the cars and their history. Admission price ranges from $10-$5 depending on age.

So, about parking in Iowa City…

If you’re visiting Iowa City, we recommend having a parking plan in place. Fortunately for you, ParkMobile is available throughout Iowa City at over 2,200 parking spaces. The app is also available at The University of Iowa, so all parking payments in town are handled exclusively by ParkMobile.

To pay for zone parking using the mobile or web app, a user enters the zone number posted on signs around the parking spot, selects the amount of time needed, and touches the “Start Parking” button to begin the session. Users can also extend the time of their parking session straight from their mobile devices.

On campus, ParkMobile offers five methods to pay for parking at the University of Iowa. Users can pay via the ParkMobile app, which will require them to download the app and make an account. You can also pay through the ParkMobile website, by texting “Park” to 77223, by scanning the QR code posted on ParkMobile signage, or by calling 877-727-5989. This number can also be found on the ParkMobile zone signs. For more information on campus parking, see here.

Outside of Iowa City, ParkMobile can be paid for parking throughout the state in Ames, Cedar Rapids, Davenport, Des Moines, and Sioux City. ParkDSM, Des Moines’ exclusive parking app powered by ParkMobile, is available in Iowa City.