Lunar New Year, also known as Chinese New Year, celebrates the start of spring and the new year on the lunisolar calendar. This year’s celebrations kick off the third week of January. Lunar New Year is one of China’s most important holidays and is celebrated throughout Asia in Malaysia, Thailand, Taiwan, Vietnam, and more. The Chinese zodiac has 12 animals and rotates through them over a 12-year cycle. 2023 marks the Year of the Rabbit.

Like all holidays, Chinese New Year has a set of traditions. It is customary to wear red clothing, adorn red decorations, and give red envelopes or gifts as the color is considered lucky and represents strength and prosperity. Opening doors and windows is another way to bring good luck and welcome the new year.

Lion and dragon dances bring prosperity and good fortune into the year ahead. Dancers operate the lion and dragon characters by carrying the bodies on poles, moving through the streets to welcome the new year. 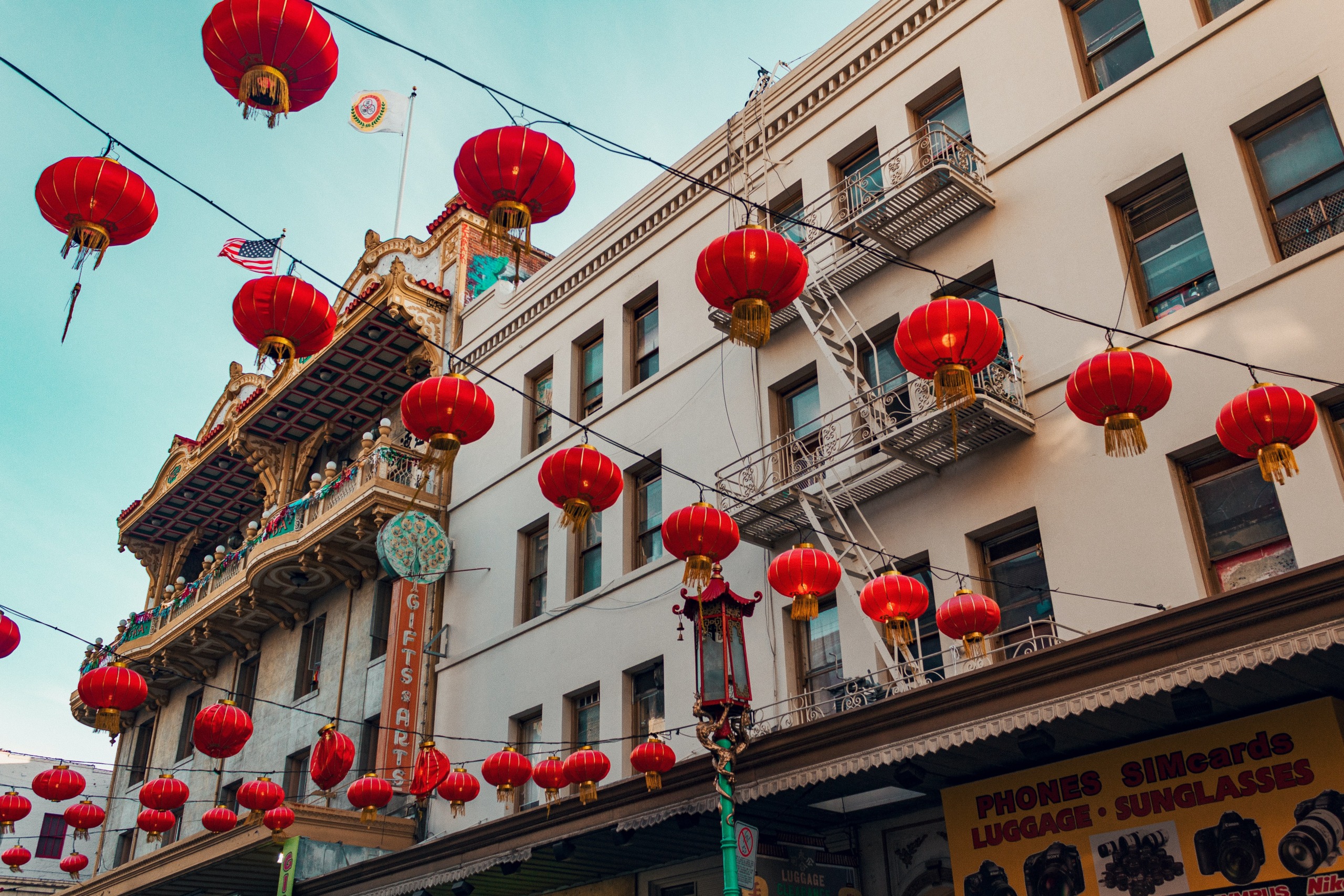 The annual San Francisco Chinese New Year Festival and Parade blends traditional Chinese elements with American culture. Recognized as one of the top 10 parades in the world by the International Festivals & Events Association, the San Francisco Chinese New Year Festival & Parade is the largest parade celebration outside of Asia. This year’s event is on Saturday, February 4.

The parade has been a San Fran tradition since the 1860s when Chinese immigrants started migrating to the area. Over 160 years later, the parade continues to be a local institution, welcoming over three million guests in person and virtually. All floats incorporate Chinese culture, and the colors, lights, and decorations embody the heritage.

Along with the highly acclaimed parade, San Francisco hosts other events during the two-week celebration, including a Basketball Jamboree and Miss Chinatown Pageant and Coronation Ball.

If you’re heading to the Bay Area for the iconic Chinese New Year celebrations, make sure to use the ParkMobile app to pay for your parking sessions. Spot the green “P” among the sea of red. You can even extend your parking session directly from your mobile device, so you don’t have to run back and feed the meter during the festivities.

With a bustling Chinatown scene, New York City also hosts an annual Chinese New Year Parade. The 2023 parade will be held on Sunday, February 12, and begins at 1pm. Complete with dragon dancing, martial arts performances, dancing, and more, the parade has been a New York tradition for 25 years.

Learn more about the Lunar New Year Festival: The Year of the Rabbit at the Metropolitan Museum of Art. Visit The Met on Saturday, January 21 for performances, activities, and workshops.

Kick off the festivities with the Chinese New Year Firecracker Ceremony and Cultural Festival on Sunday, January 22. Hosted by the Better Chinatown Society, thousands of firecrackers will be lit in Sara D. Roosevelt Park to greet the new year.

The New York Philharmonic symphony has a Lunar New Year Concert on Monday, January 23, and the Nai-Ni Chen Dance Company presents Year of the Water Rabbit on Sunday, February 5.

Celebrate the new year by indulging in some of America’s best Chinese food available in New York City. Visitors and locals recommend Joe’s Shanghai (our personal favorite), Shanghai 21, and Wo Hop.

The Windy City celebrates the Lunar New Year from January 22 to February 6. There are two opportunities to participate in Lunar New Year parades. Visit the Uptown neighborhood on Saturday, January 28 for the Argyle Lunar New Year Celebration. This parade includes over 20 community groups, dancers, performances, local pop-ups, and more.

The Chicago Chinatown Parade is set for Sunday, January 29. This one will feature the traditional dragon and lion dancing, along with marching bands and colorful floats.

Get a taste of the Chinese New Year at celebratory culinary events. High Kee Restaurant is hosting its annual Chinese New Year Dumpling Making Dinner on Saturday, January 21. Join the Chinese Cultural Institute founder, Z.J. Tong, for a family-style dinner of learning, dancing, and food. To learn more and sign up, see here. 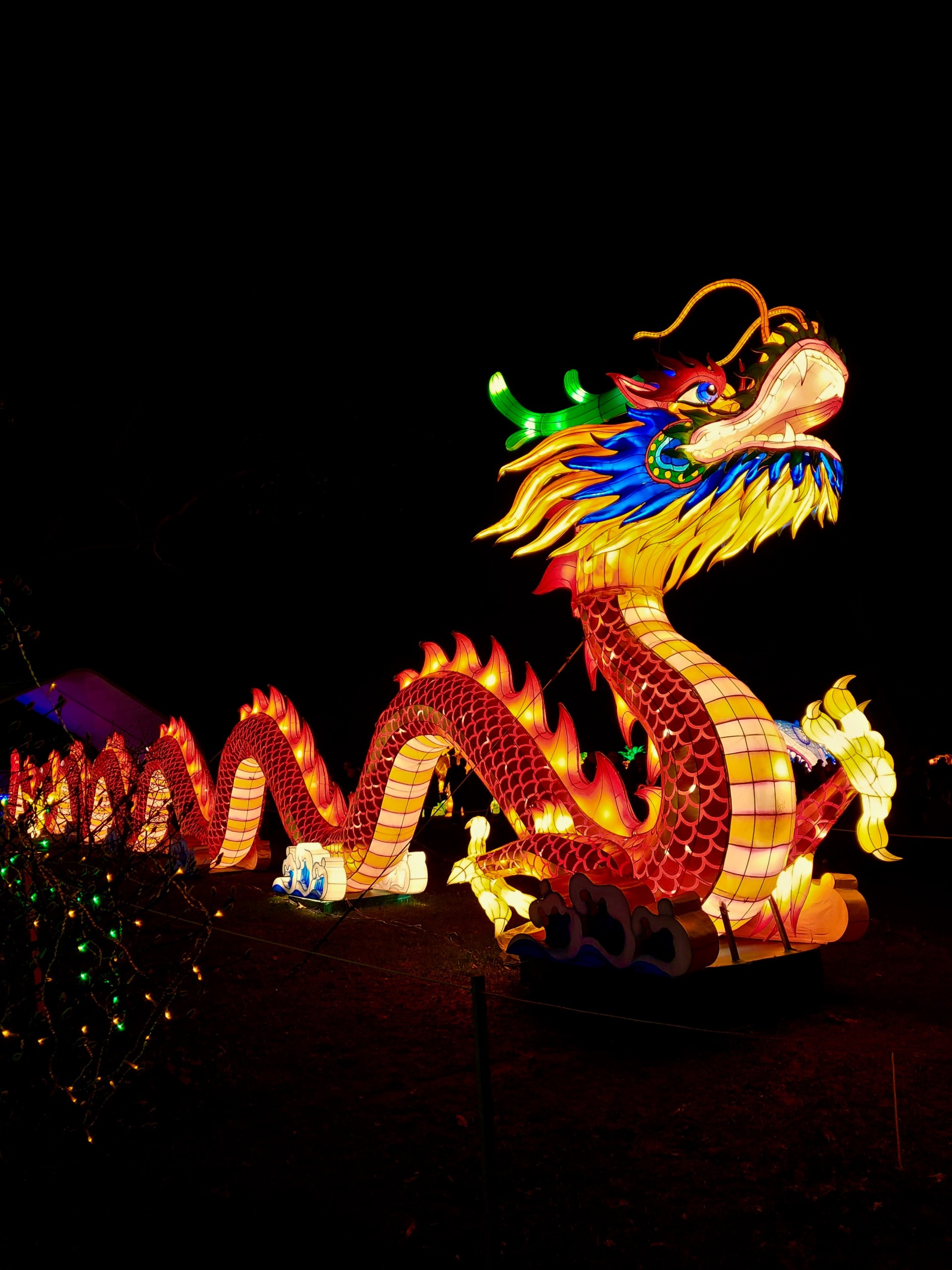 Whether you’re a resident or just visiting Boston for the day, the ParkBoston app, powered by ParkMobile, will help you get around the city. ParkBoston allows users to easily pay for parking right from their mobile device in over 7,000 spots across the city. January 29 is going to be a popular day celebrating the Lunar New Year in Boston, so make sure you’re well-equipped by downloading the ParkBoston app ahead of time.

Closing out our national roundup of Lunar New Year celebrations is Houston, Texas. The Chinese Community Center is hosting a 2023 Lunar New Year Festival to celebrate the Year of the Rabbit. The free outdoor event will be held on Saturday, January 21. The annual event has been a staple for Houston’s Asiatown since 2003. From sampling Chinese dishes to partaking in New Year performances and cultural activities, this is an event the whole family will enjoy.

The celebrations don’t stop there. A week later, Asia Society Texas is hosting Lunar New Year 2023. Members will receive early access to the event. Welcome the Year of the Rabbit with performances, lion dancers, arts and crafts, and Chinese New Year traditional food. Check out the full schedule of events here.

Don’t forget that ParkHouston, powered by ParkMobile, is available around the city, making parking in town a breeze.

Xīn nián kuài lè or Happy New Year to all those celebrating the Lunar New Year across the country!

Get Spooked: Explore the Most Haunted Cities in America

Top 5 Things to Do in Downtown San Francisco

A Traveler’s Guide to Boston Neighborhoods

Experience the Best Boston Fireworks on the 4th of July