Atlanta, GA – July 27, 2021 –  ParkMobile, the #1 parking and mobility technology provider in North America, announced today that its Board of Directors has appointed Jeff Perkins as the company’s CEO, effective August 14, 2021. Perkins will succeed Jon Ziglar, who has been CEO since 2015.  Ziglar will remain on the company’s Board of Directors and serve as a Senior Advisor to the Board of EasyPark Group, which recently completed the acquisition of ParkMobile. 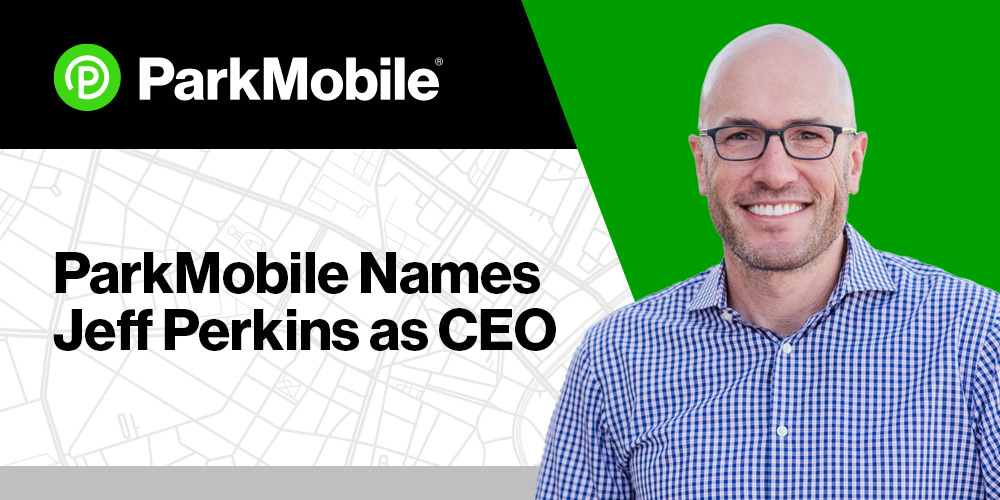 Perkins joined ParkMobile in 2017 as Chief Marketing Officer. In 2020 he took on additional responsibilities for the Product Management organization. Under his leadership, Perkins has helped the company grow from 8 million to over 25 million users over the past four years and vastly expand its product capabilities.

“On behalf of the Board of Directors, I would like to congratulate Jeff on this appointment and thank Jon for his leadership of ParkMobile over the last six years,” says Johan Birgersson, Chairman of ParkMobile and CEO of EasyPark Group. “During Jon’s tenure, ParkMobile has established itself as the clear market leader in the parking and mobility ecosystem, with best-in-class products and an innovative go-to-market approach.  Jeff is a highly talented executive who has been instrumental in driving the company’s growth and will be critical to its continued success in the future.”

“Jeff has been one of my closest partners over the last several years and has been instrumental in driving growth and innovation for the business,” says Ziglar. “His clear vision of our strategy, understanding of our clients, users, and products, and most of all, his focus on culture and ability to bring out the very best in people make him exactly the right leader for this time.”

“I want to continue to build on the strong foundation that Jon put in place, making sure that we continue to have the best products, the best people, and the best culture to drive our business forward.”

Perkins will take over at a time of rapid growth for the business as drivers get back on the road and demand for contactless payment options increases. The company is currently up 276% year-over-year and is now adding 1 million new users every 30 days. In the first half of 2021, the ParkMobile launched service at over 100 new locations in North America, including Sea Isle City, NJ, Estes Park, CO, Elizabeth, NJ, Fayetteville, NC, and Baltimore County, MD.

Perkins started his career in advertising at Saatchi & Saatchi, working on Procter & Gamble’s Tide brand. He later went on to hold senior leadership roles at AutoTrader and PGi. Prior to joining ParkMobile, Perkins was the CMO at QASymphony (now called Tricentis), where he helped grow the business from $1 million to $20 million ARR over three years, leading to a $40 million Series C led by Insight Venture Partners. Perkins’ work has earned him numerous accolades, including the Atlanta Business Chronicle’s MAX Award for marketing excellence and the Technology Association of Georgia’s Award for Marketing Executive of the Year. He received his BA from American University and MBA from Emory University’s Goizueta Business School.

“In the four years I have been with the company, I have never been more excited about our future,” says Perkins. “I want to continue to build on the strong foundation that Jon put in place, making sure that we continue to have the best products, the best people, and the best culture to drive our business forward.”

ParkMobile, LLC is the leading provider of smart parking and mobility solutions in North America, using a contactless approach to help millions of people easily find, reserve, and pay for parking on their mobile device. The company’s technology is used in thousands of locations across the country, including 8 of the top 10 cities as well as college campuses, airports, and stadiums. People can use ParkMobile solutions to quickly pay for on-street and off-street parking without having to use a meter or kiosk. Additionally, ParkMobile offers parking reservations at stadium venues for concerts and sporting events. Reservations are also available in metro area garages, allowing people to drive into the city without having to worry about finding parking. ParkMobile has been named to the Inc. 5000, Deloitte Fast 500, Smart Cities Connect “Smart 50,” and the Atlanta Journal Constitution’s Top Workplaces. Additionally, the company won the 2020 Stevie Awards for Achievement in Product Innovation and the 2019 Stevie Awards for Most Innovative Tech Company and Best Travel App. ParkMobile is owned by EasyPark Group. For more information, visit ParkMobile.io or @ParkMobile on Twitter.